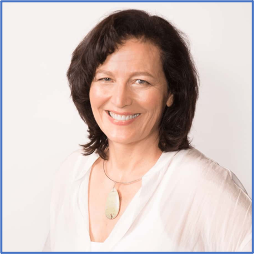 Alaska-born Frith Maier got her first taste of Kobe as a teenager on exchange here and was instantly smitten. So much so, in fact, that she calls it “her second home”. Four decades later, after a wealth of top-level business experience, she has now returned as CEO of Seattle-founded startup Native English Institute (https://ne.institute/) on a mission to revolutionize English learning in Japan. Frith chose Kobe to be close to some of NEI's major clients, including JCR Pharmaceuticals, Sysmex and Medicaroid. In Seattle she has been involved in the Sister Cities Program, so the Kobe-Seattle sister city relationship was another draw.

Perhaps most important, though, in terms of reasons to return was the support from the 500 Kobe Accelerator initiative. NEI was selected to participate in 500Kobe in 2019 and Frith was overwhelmed by the city’s open-armed welcome to entrepreneurs. Kobe City has been partnering the San Francisco-based venture capital firm 500 Startups since 2016, supporting over 70 startups to date with mentorship and over 10 billion yen in funding. Full details can be seen here: http://500kobe.com/.

So what is the key to the NEI approach? Giving learners and HR managers content precisely tailored to personal and professional needs. We spoke to Frith to find out more about how the company’s approach helps master the motivation so crucial for English learners.

The company was founded five years ago on a simple-standout premise: curating data-driven curricular content for English learning, leveraging AI for unrivalled relevance and delivering it to students via highly qualified TEFL teachers.

SaaS (Software as a Service) may be a hot topic in business circles, but it has rarely filled a niche as effectively as NEI has managed in the language learning sector.

In practice, the NEI approach means turning the conventional ‘one size fits all’ top-down English teaching on its head. Instead, students receive personalized content that directly reflects their work, interests, and personal and professional goals. For example, chefs learning English get articles on fine dining and role plays on kitchen issues directly relevant to their work. Engineers can focus on terminology for system development and cyber security. And so on. 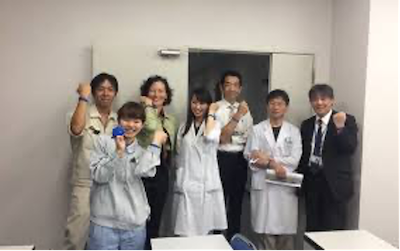 The core of the system, making it all tick, is an AI recommender engine with 3,000+ content items. From these building blocks, more than 1,000 courses are on offer, each lasting 90 minutes a week, based on the student’s interests, profession, and area of expertise. The teachers are native English speakers from the US and Canada, with international qualifications in English language teaching. 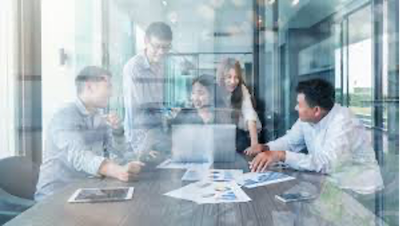 Frith, who initially learned French before her life-changing Japan experience as a high-school girl, also spent a quarter-century or so living in and working with Russia and so (unlike most Americans), has experience of learning three quite different languages. Decades of doing so brought home to her just how crucial motivation is to learning success. And what better way to encourage motivation in learners than give them content that is not only familiar, but topics they enthusiastically embrace and thrive on?

The detail and degree of customization are impressive. NEI learners have bespoke content which takes their job function, strengths and weaknesses and roles into account and - critically – is exceptionally relevant. The assignments and discussion topics are matched to individual learner profiles from over 50,000 tags. Tens of thousands of student ratings inform NEI’s machine learning models.  Meanwhile, things are equally smooth for teachers delivering lessons, given the lack of preparation required. Moreover, and perhaps most important of all, the NEI program has been proven to help learners of English achieve their goals faster.

Indeed, the average NEI learner improves communicative fluency by 38% over one year (in just 90 minutes a week).

Within the Japanese English language learning world, more often than not, all roads lead to TOEIC, the ubiquitous benchmark of English ability with which all high-school and older Japanese are familiar. A somewhat inconvenient and lesser-known truth is that TOEIC is not actually an accurate measure of verbal communicative ability. And the difference between cramming for TOEIC and taking NEI courses is akin to night and day, for these reasons:

·      Learners’ progress can be viewed at any time online and from anywhere.

Among the hurdles often faced in Japan, Frith cites the lack of motivation and students being made to study English with little or no relevance to their daily life and work. The only goal being to obtain the specified TOEIC score. She sums it up thus:

“Students have never been given permission to have fun with the language. The Japanese professionals we work with are diligent and talented people. We encourage them to stop studying textbooks and start talking! The NEI data show that even adults who have never spoken English can get to a minimum English-OK-for-business level in just 25 months, at 90 minutes per week. ”

Another huge issue with Japanese learners is the inadequacy of the katakana phonetic alphabet to distinguish fine differences in English pronunciation, which often change the meaning completely. A good example would be ‘bus’ and ‘bath’, both of which are rendered as ‘バス’ in Japanese.

The recommender engine taps a treasure trove of content from top-notch sources including the New York Times, Voice of America, clinical journals for life sciences professionals, and many others. Students get 1-1 attention in a format accessible and configurable around the clock, part of a recipe for effective learning that breaks new ground. And given the way the world has moved increasingly online, it is easy to see why growing numbers of companies are acknowledging the value of cost-effective content and lessons that learners actually look forward to.

NEI Japan is backed by Allen Miner and Jun Ueki of Keiretsu Forum Japan (https://keiretsu.jp/). On why they chose Kobe for the company’s headquarters, Frith says “Kobe’s commitment to being a life sciences hub made this a logical choice. NEI’s clients are pharma, medical device, and IT companies with a sense of urgency about globalizing. Kobe companies helped us find success in Japan; we want to be part of this dynamic city.”

Richard Mort is a content producer and translator, working in Japan since 2002 and relocating to Duesseldorf, Germany from April 2021. 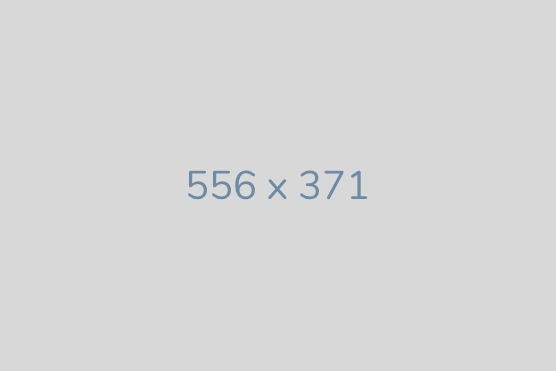 Start-ups, ventures, and Corporation: Kobe City is focused on partnering with you to best establish your headquarters in Asia