Urban Innovation Japan holds a bi-annual contest to help identify and implement the best ideas we find for improving our city. By combining innovation and insight, UIJ helps Kobe remain in a perpetual state of rebirth, improvement, and growth.

Having identified creative ways to make parks more valuable and accessible simultaneously, the Ashiya City Park Rental project was one of eight topics for the first half of the year’s competition. Below you can learn about the problem being addressed, the solution sought, and the positive effects that citizens will enjoy as these projects reach fruition.

Ashiya City is home to more than 100 block parks, neighbourhood parks, and district parks. That includes everything from general parks to those for niche activities, like birdwatching.

Cities across Japan are currently addressing this problem with prohibition signs, and by restricting a variety of dangerous activities, from ball-play to BBQing. Most local governments throughout the country face the same situation, and use the same solutions. 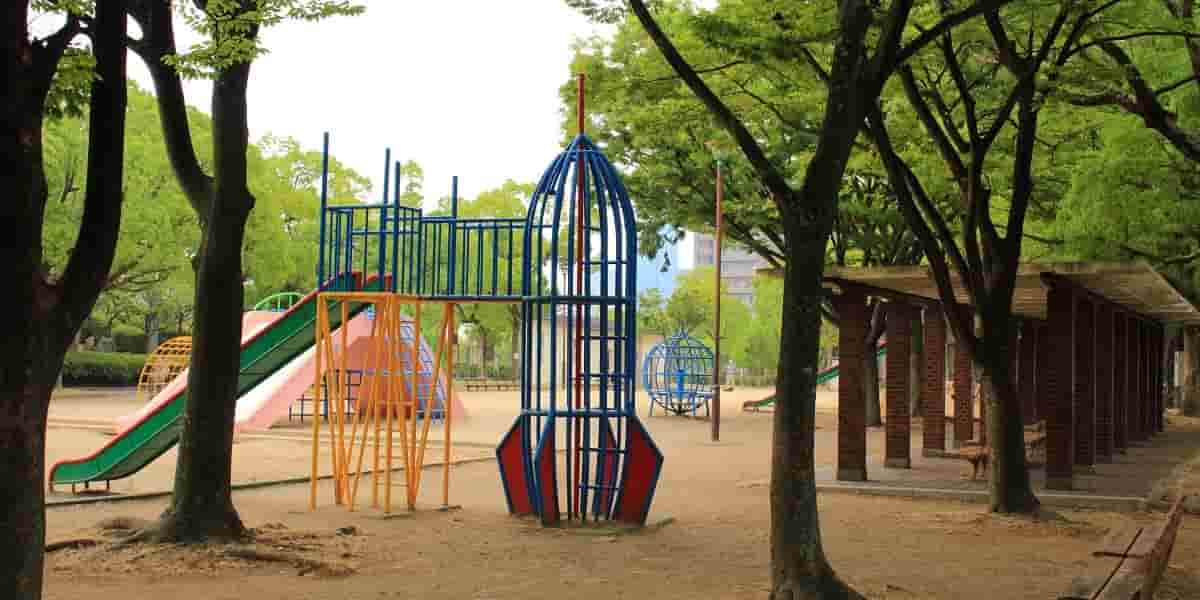 We’ve started to doubt if citizens want parks maintained by such strict rules. Since last year, the Ashiya City Parks and Green Space Division has implemented private park use for local city groups. We are also promoting parks to be used in events including markets, children's cafeterias, and old-fashioned play.

Initial feedback from locals has been overwhelmingly positive. Private use did not bother the area and participants were highly satisfied might be because the organizers were also citizens. If the events were led by professional event companies or by city government, there would have been no similar community atmosphere or sense of excitement. Everyone is very happy and wants to recommend more use of parks for private functions.

However, there’s still a widespread impression that city parks cannot be used for private events, except for resident associations. As such, they’re rarely used by citizen groups. We want to increase the number of groups who rent parks. But we do not know precisely what locals want from their parks, so we can’t determine what help expand the appeal of parks.

We do know that we would like to have more people organize events in the park. And we believe citizens can be lead the charge towards using parks for yoga, BBQs, markets, film festivals, cafes, and the like. We would like to find out why citizens who could host events in these spaces aren’t taking the step to do so, and then create a solution to solve that problem.

When people are making holiday plans, we want parks to be a consideration right alongside traditional choices like vising amusement facilities. In short, it’s the mission of the Parks and Green Space Division to make parks a familiar and attractive spaces in the lives of everyday citizens.

Service design technology can be used to investigate the needs and design utilization options necessary for increasing park rentals. We want to understand not only what people want from parks, but when. That can help make parks more accessible to the people who want them.

Increasing local interest in park rentals allows citizen-planned events to enhance the value of those spaces. In the future, this could include the development of systems that can support a broader range of public spaces, and serve as a model of park use for the rest of the nation.

Using service design and technology to investigate the needs of citizens, we will compare several utilization designs to prescribe measures for the upcoming fiscal year. Citizens will provide feedback with the use of an online PR tool. Feedback can be used to inform design.

Groups that can collaborate with local governments while using service design methods may be appropriate for this project. Understanding the importance civic participation to local residents and residents' associations is essential to addressing this problem.